Family Salmonidae, the trout and salmon family, includes great game fish like trout, salmon, chars and grayling, as well as food and baitfishes like whitefish and ciscoes. The trout and salmon family is large. It is native to cool and cold streams and lakes throughout Europe, northern Asia and North America, and reaches as far south as northwest Mexico and extreme northern Africa. One family member, the Arctic Char, is the freshwater fish that occurs the farthest north. Because of their popularity for sport and commercial fishing, this family has been stocked in waters worldwide and is now found on nearly every continent.
​
Many trout that anglers catch in Pennsylvania are the result of the stocking of hatchery-raised fish. However, where streams are cold and clean enough, with proper spawning habitat, Pennsylvania also has a wealth of reproducing populations of wild trout. In Pennsylvania, the trout and salmon family includes three species of the genus Coregonus, all native and found in Lake Erie: the rare Longjaw Cisco, the Cisco or Lake Herring, and the Lake Whitefish–silvery well-scaled fishes with deeply forked tails. The Whitefish is currently an important commercial species. It has rebounded with reductions in the numbers of Sea Lampreys and Rainbow Smelt. Rainbow Smelt were believed to prey on whitefish eggs and young.

Other members of the trout family native to Pennsylvania, not introduced, are Chars of the genus Salvelinus: the Brook Trout and the Lake Trout. Brook Trout remain the only wild trout native to Pennsylvania's inland streams and rivers, while the four other native species (Longjaw Cisco, Cisco or Lake Herring, Lake Whitefish, and Lake Trout) inhabit the state's lakes. 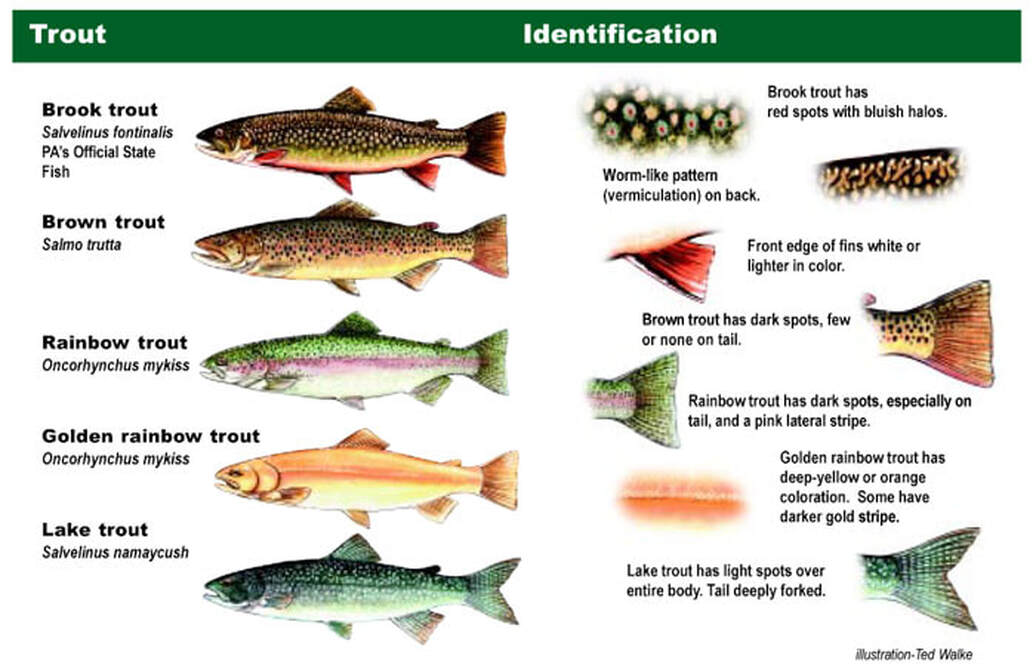 Identification of Common Trout and Salmon in PA. Click to make this image large, or download it from the PFBC resource menu at the bottom of this page.
​To learn about the specific life histories and characteristics of common Pennsylvania trout, please explore our trout species profiles:
To learn more about the history of trout provided in the PA TIC program, explore a gallery of quality trout images/illustrations, and so much more, please continue reading below!

Pennsylvania has an impressive diversity of fishes within the Family Salmonidae., However, in conversation and in text, they are sometimes referenced using varying terminology. For example, it is not uncommon to hear an angler mention phrases such as: “I’m going to spend the day fishing for natives,” or “Wow! That is a beautiful fish! I’m sure it is wild.”

One might also find themselves reading about the 3.2 million hatchery-reared trout that the PFBC stocks into approved stocked trout waterways each year. All of this vocabulary can become quite confusing when it comes to correctly recognizing a fish for what it may or may not be. What constitutes the difference between a native fish, a wild fish, and a hatchery fish? The best way to understand how to properly categorize these fishes is to have clear definitions for the terminology used.

Native fishes are those species of fish that occurred historically and naturally in Pennsylvania’s waterways before any human involvement.
The PA TIC program further enforces this fact through education and interpretation, giving students the opportunity to learn more about Pennsylvania’s important aquatic resources. ​

​Today, the Pennsylvania Fish and Boat Commission (PFBC) provides Rainbow Trout to all registered PA TIC participants. Historically, however, this is not the only species students have raised from eggs to fingerlings in the PA TIC program. In the beginning (2006-2007), PA TIC participants visited a local hatchery to choose the type of trout eggs they wanted to raise in their classrooms. Trout selected included Brook, Rainbow, or Brown Trout.
For nearly a decade, PFBC continued to provide Brook Trout (Salvelinus fontinalis) as the “TIC Trout." Then, in 2016, fisheries biologists began to receive increased angler reports of parasitic Gill Lice (Salminocla edwardsii) being found on Brook Trout, not only in stocked trout waters, but also in native trout waters. This type of Gill Lice is “host-specific” to the Char family, meaning that in Pennsylvania it exclusively parasitizes the Brook Trout. Simultaneously, PFBC fisheries biologists were implementing statewide management strategies to minimize conflicts between hatchery Brook Trout and PA’s Wild Brook Trout populations. In 2019, PFBC made a proactive decision to decrease Brook Trout stockings statewide, first within the PFBC hatchery system and then within the PFBC’s Cooperative Nursery Program.

As the responsible organization for Pennsylvania's aquatic resources and the provider of PA TIC trout eggs, PFBC extended this decision to the PA TIC program. Beginning with the 2019-2020 PA TIC school year, PFBC switched from using Brook Trout to using Rainbow Trout as the source for TIC eggs. This transition represented an important effort to conserve and protect Pennsylvania’s native Wild Brook Trout populations.
The program’s current use of Rainbow Trout eggs does NOT mean Brook Trout and native-species education no longer have a place in participants' hearts and classrooms. As the only salmonid native to the rivers and streams across the eastern United States, it is deeply important that students and teachers not only understand the proactive decision made by PFBC to protect Brook Trout populations, but also the important role that native Brook Trout play in coldwater ecosystems and the history of Pennsylvania's waters.

PA TIC partners and teachers are encouraged to explore the link between native species and healthy watersheds, while the live Rainbow Trout provide a unique learning experience for students to intimately study trout life cycles, aquatic adaptations, coldwater ecosystems, non-native species, and so much more! ​ 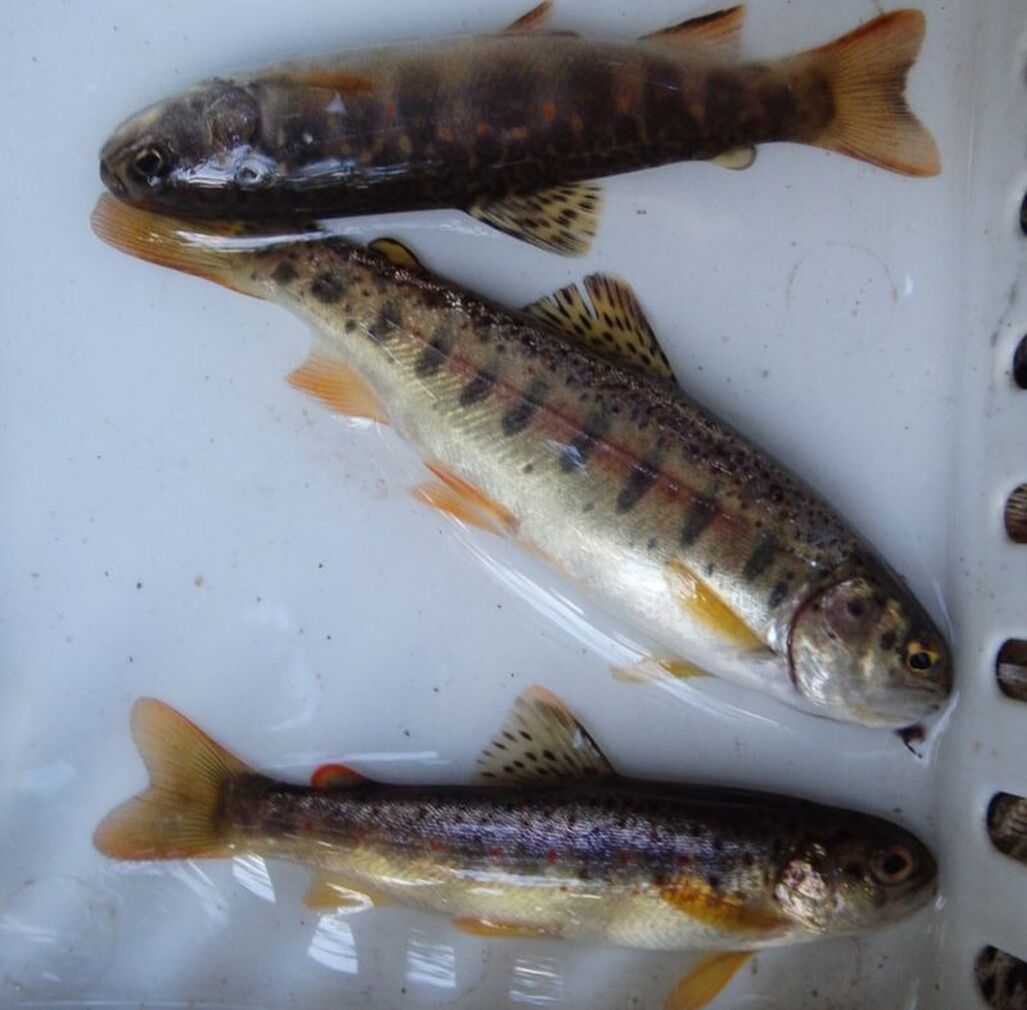 Brook Trout (top), Rainbow Trout (middle) and Brown Trout (bottom) fingerlings collected and released safely during a PFBC fish community survey. While the trout fingerlings are beginning to exhibit the unique markings and colors that define their species, all three fingerlings or "parr" bear longitudinal "parr marks." These stripes provide important camouflage and protect the fingerlings from predators.

Why Rainbow Trout?
​The Science Behind the Shift

As the TIC program continues to grow—from 90 PA TIC programs in 2008 to roughly 415 programs in 2019—we are always seeking new ways to continue maintaining a sustainable program. Such a program benefits TIC teachers, students, and program partners, but also does not impact Pennsylvania's water resources. Our program should have:
Gill Lice are a current and real issue for PA’s Wild Brook Trout populations. In 2016,  fisheries biologists began to receive increased angler reports of the species of Gill Lice that is host-specific to Brook Trout, not only in stocked trout waters, but also in native trout waters. Among these reports were the first incidents of parasitic Gill Lice on Pennsylvania’s wild inland Brook Trout, or those Brook Trout not associated with Lake Erie drainages. Although Gill Lice are not linked directly to fish mortality, the parasites are linked to a decrease in respiration (Gill Lice are attached to the gills) and increased susceptibility to warming temperatures, thereby negatively impacting a Brook Trouts’ overall survival. Continued stocking of hatchery-reared Brook Trout, including those released in PA TIC, could potentially exacerbate the risk of wild native Brook Trout being parasitized and, by extension, inhibit the survival of these important populations.

​How does a TIC year with Rainbow Trout compare to a year with Brook Trout?

1. Rainbow Trout tend to do better in a “closed system” environment (e.g., aquariums).2. Rainbow Trout eggs will be shipped to participants earlier (mid-October).3. TIC participants must have equipment set up by the beginning of September.4. Resources like the PA TIC Fact Sheet and the PA TIC Aquarium Resource Guide have been updated.
Thank you for your continued dedication to connect youth to PA’s coldwater resources, and thank you for your support in our efforts to protect PA’s Wild Brook Trout populations!

Looking for high-quality photos and illustrations of trout to include in your program presentations, handouts, and lessons? Please click of the images below to enlarge them. All images found below and sitewide may be downloaded for educational purposes; images may not be used for selling or distribution.

​Thank you to the teachers and partners who contributed to the gallery below. 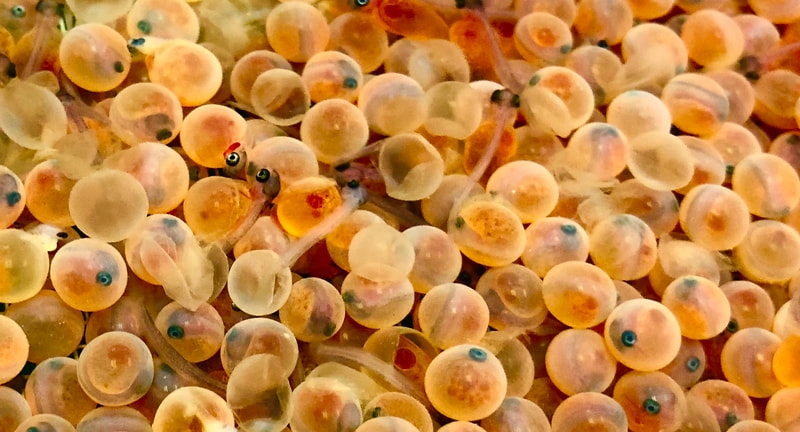 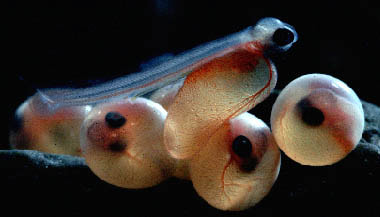 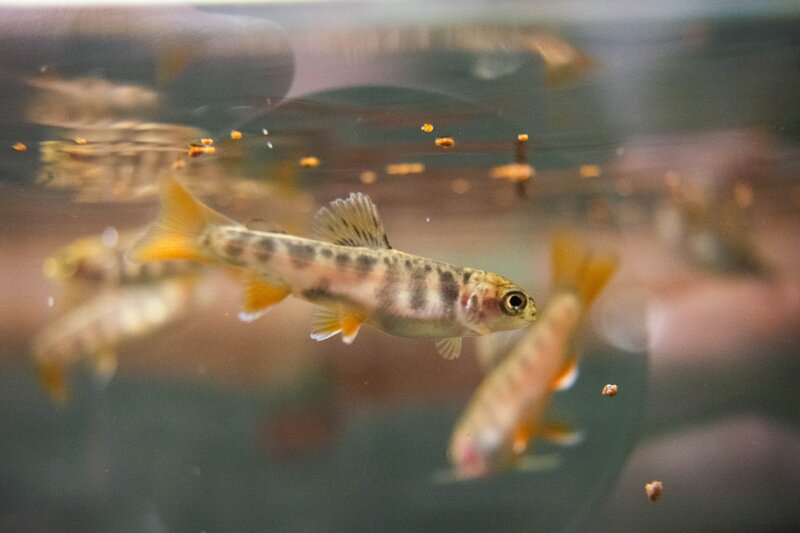 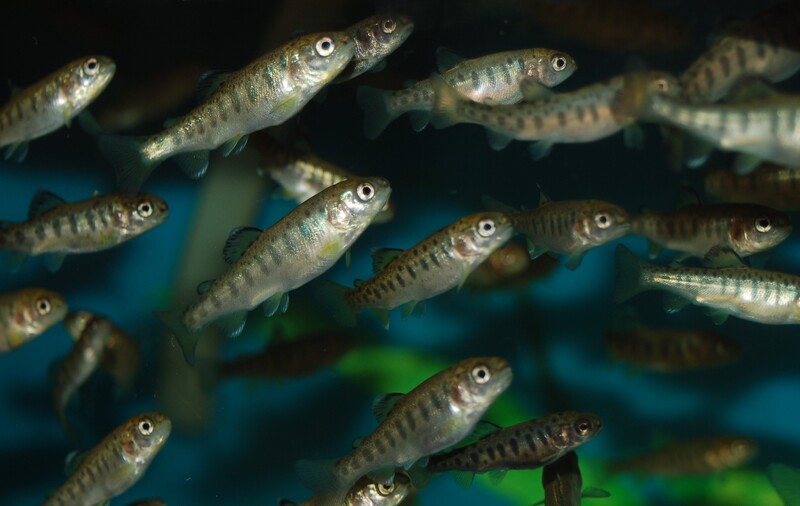 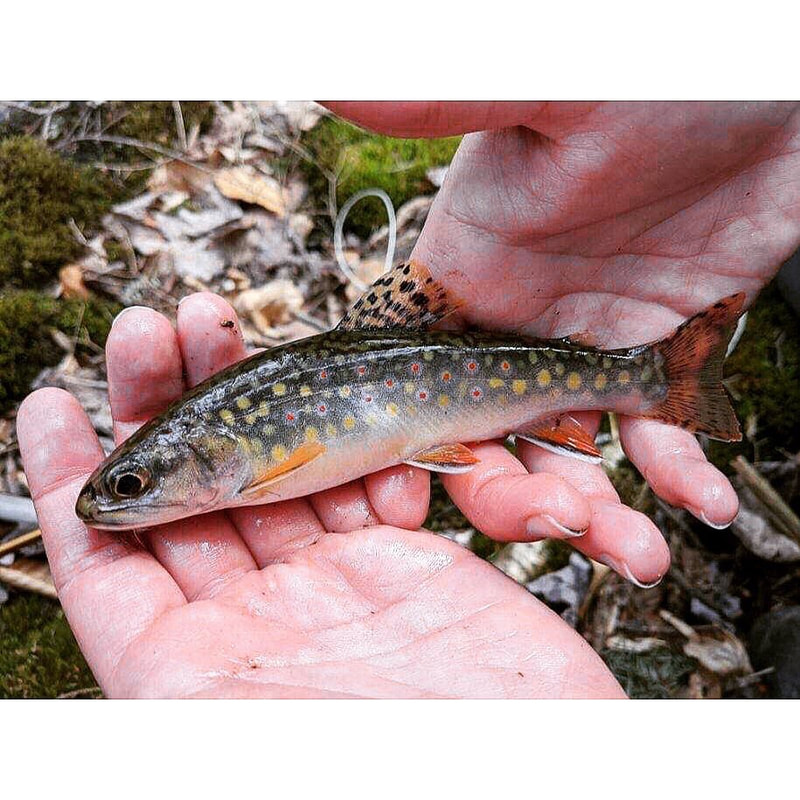 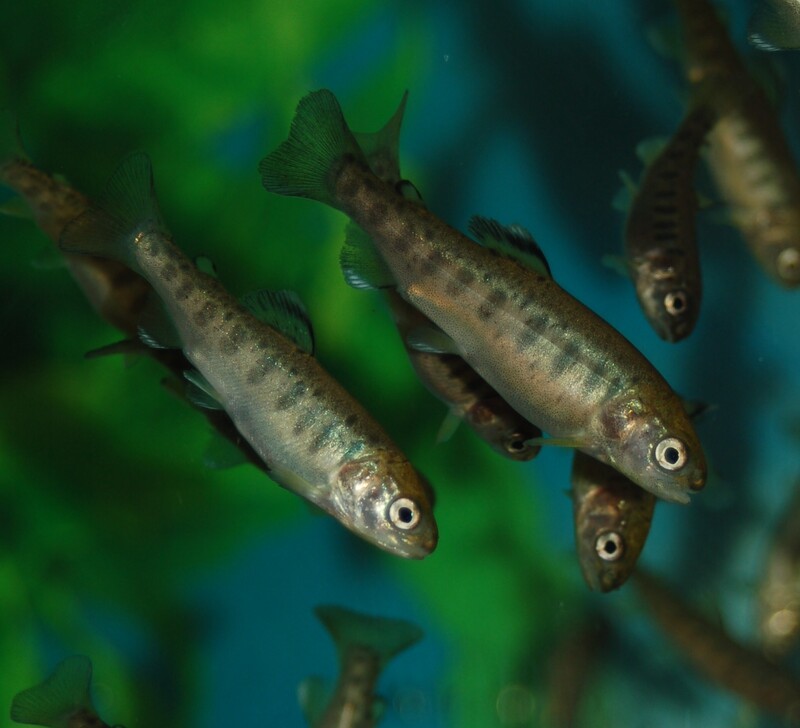 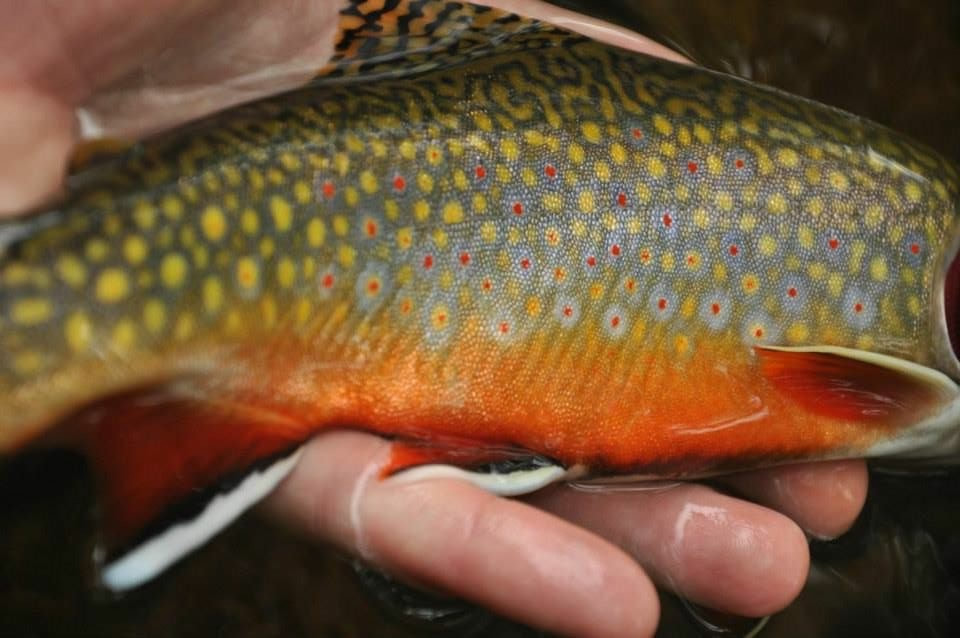 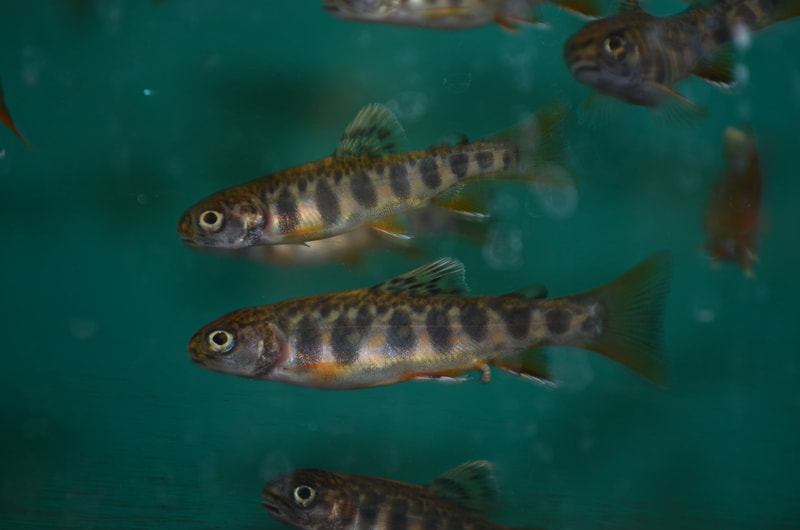 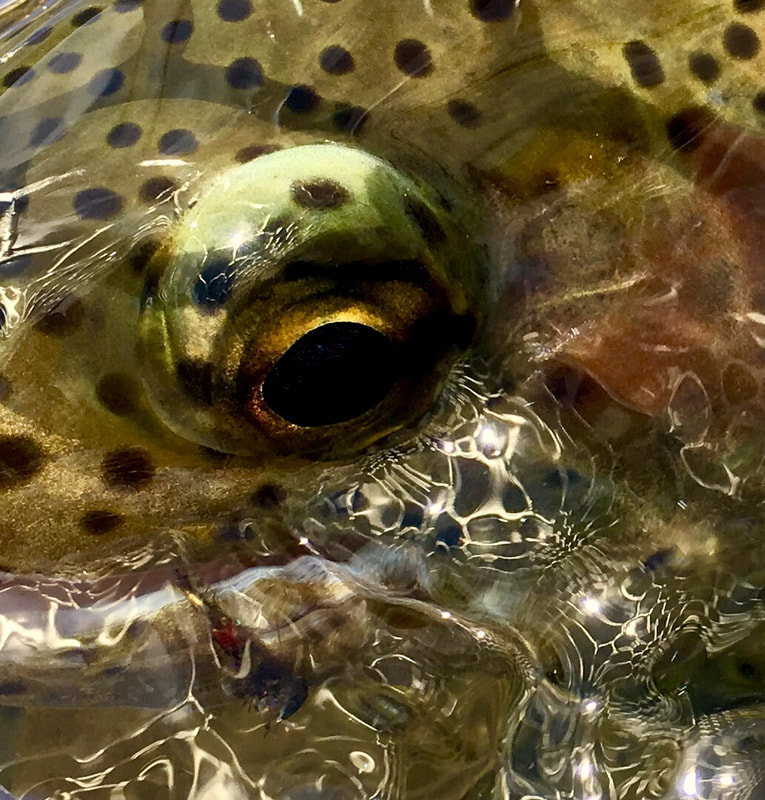 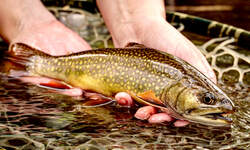 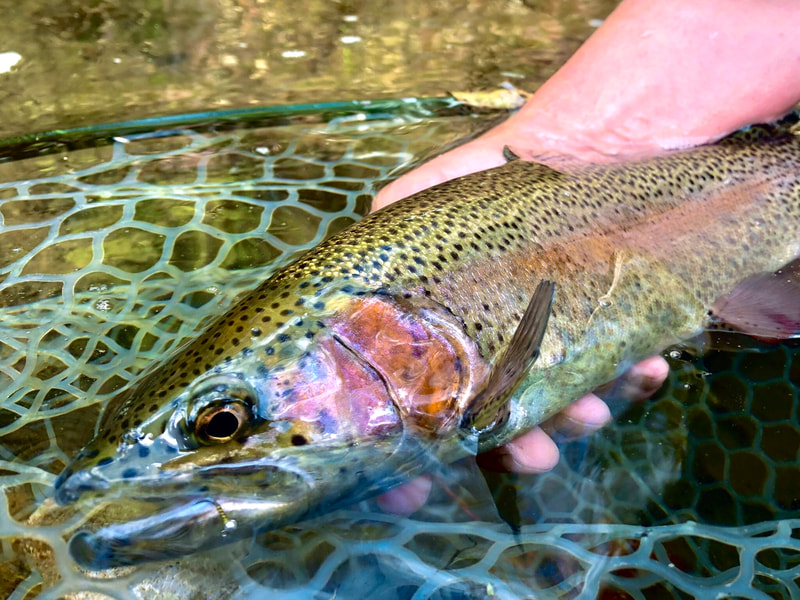 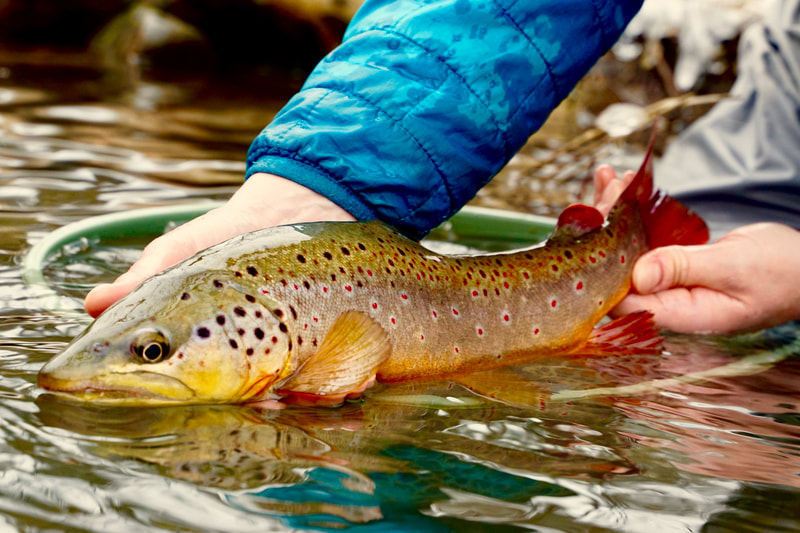 All About Trout Resources

Explore the below educational resources from the Pennsylvania Fish and Boat Commission (PFBC). These resources, along with many others from environmental education providers across the state, can also be found under Curriculum Connections.
​Aquatic Organisms (Trout and MORE!)
​Watersheds
Recreational Fishing